Paycor Associate Helps Turn Type One into Type None 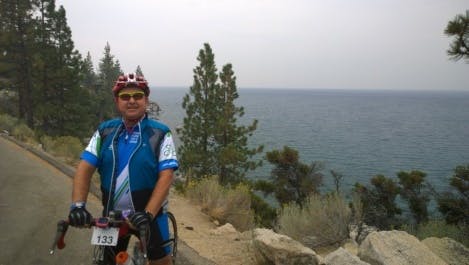 Several years ago, Orest, a member of Paycor's Accounting team, decided to join Team Southwest Ohio and participate in the Juvenile Diabetes Research Fund (JDRF)'s Ride to Cure Diabetes. As background, what is now called Type One Diabetes was previously referred to as Juvenile Diabetes. As the disease now affects a large number of adults, the name was changed to reflect that.

Orest was drawn to this cause through a good friend, who has Type One diabetes and has participated in the JDRF ride for several years. Orest says the Southwest team is "an extended family of cyclists, committed to supporting JDRF’s efforts to find a cure for Type One Diabetes."

Like he did in 2014, Orest led a Paycor Community Partners event to raise money for the JDRF with his 2015 ride—aptly named the "Tour de Tahoe"—which would take cyclists through California and Nevada. Orest set a personal goal of raising $5,000 in support of finding a cure for Type One Diabetes. As part of his collection drive, Orest raffled off two tickets to Perfect North Slopes for anyone who donated $20 or more to JDRF.

On September 13, 2015, Orest and thirty-one other cyclists from Team Southwest Ohio began a challenging 72-mile ride, which included 800-foot climbs and rolling hills at altitudes ranging from 6,300 to 7,100 feet above sea level. Orest's ride was successful, and so was his Community Partners event. Forty-eight Paycor Associates contributed $1,830. With the help of 84 total donors, Orest raised $4,540—just shy of his goal of $5,000.

Orest said after his event: "A heartfelt thank you to all the Paycor donors who supported the 2015 JDRF Tahoe Ride for the Cure! Your contributions really do make a difference in the fight to turn Type One into Type None."

Thirty members of Team Southwest Ohio raised $130,000 on the Tahoe ride. In total, the JDRF cyclists from around the nation raised $761,000 at this single event!

Orest continued, "I am proud to be a member of what has become a committed family of cyclists determined to defeat Type One Diabetes. I’m now contemplating the destination for my 2016 ride. I may be in Wisconsin, Florida, or Vermont, although returning to my 2014 destination, Death Valley, is appealing."

Thanks to Orest for living Paycor's guiding principles every day, and thanks to all the Paycor Associates who contributed to this worthy event!

Paycor prioritizes two things: taking care of the client and taking care of each other and our community. Contact us to learn how partnering with Paycor can help your business run more smoothly. 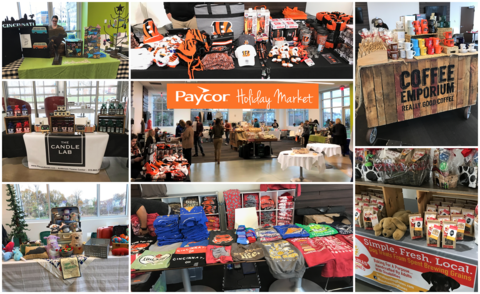 This month, Paycor hosted its 4th annual Holiday Market. Employees, from around Cincinnati, were invited to HQ for an afternoon of shopping, raffle prizes and tasty treats.The initiative for hosting the Holiday Market is simple. Our employees work hard year-round, and during the holiday season we feel as if we should reward their efforts. Not only is the event supposed to give associates a break during their busy day but it encourages departments to spend time with one another.In addition, we live to support our clients and love that we get a chance to showcase a handful of amazing people and local businesses.Some of the clients and local vendors included: City Scape Tiles The Candle Lab Bling Favorites Cincy Shirts Bengals Pro Shop...
Read Now
Read time: 1 min 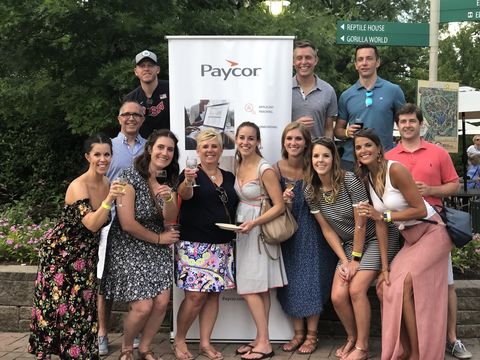 Rare animal interactions, exclusive afterhours access and excellent food were just some of the many perks for those who attended the Cincinnati Zoo’s, ‘Toast to the Wild’ series. Animal lovers from around the city were seeking a truly unique and immersive wildlife experience, and these events provided just that. The sold-out series was wildly successful; and we here at Paycor were honored to be this year’s premier sponsor. Great Events for a Great Cause The events – Cocktails for Conservation, Zoo Brew and two Wild About Wine events – aren’t just about having fun, they are platforms for raising critical funding for the Lindner Center for Conservation and Research for Endangered Wildlife (CREW). Through advanced animal research and...
Read Now
Read time: 2 mins 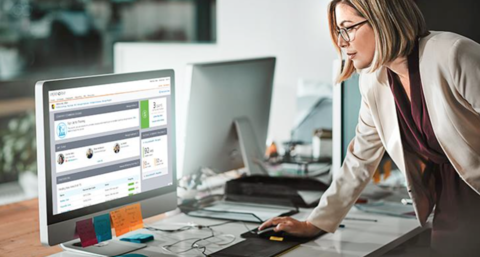 Over the past few years, tens of thousands of businesses have made the switch to Perform. We have delivered a system that is more efficient, intuitive and flexible.But Perform is so much more than payroll: our Human Capital Management (HCM) platform transforms the way you hire, manage and develop people.The Paycor Perform Suite, offers human resource solutions around: Applicant Tracking Software Paycor’s ATS is the only applicant tracking system that is designed by recruiting experts resulting in thoughtful workflows and easy to read dashboards, leading to the highest user adoption rates in the industry. We have you covered from seamless integrations with job boards, social media, HRIS and Payroll systems, assessments and background...
Read Now