2015 Labor Laws: Coming Soon to a Courthouse Near You
Compliance 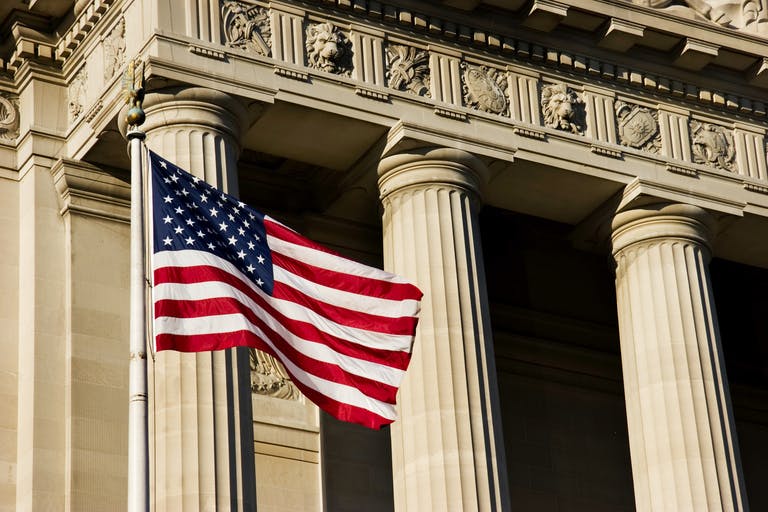 From the HR Pros of the HR Support Center

With the Affordable Care Act, midterm elections, and other scheduled labor law changes, there are several new major pieces of legislation heading our way in 2015. Below is a summary of some of the key labor laws and trends to keep in mind as we approach 2015:

The Employer Mandate is the provision in the Affordable Care Act that requires all employers with 50 or more full time equivalent employees to offer a certain level of health insurance coverage at an affordable rate to all full time employees or face a penalty. An Employer Mandate penalty is triggered if the company fails to comply with the requirements and at least one full‐time employee of a covered employer receives a premium tax credit for purchasing individual coverage on one of the new State Insurance Exchanges, also called the Health Insurance Marketplace. Large employers (those with 100 or more full‐time equivalent employees) who do not comply with the Employer Mandate may begin incurring Employer Mandate penalties in each month of the 2015 tax year.

Midsized employers (those with 50‐99 full time equivalent employees) enjoy an additional year of reprieve as long as the organization did not reduce its worker’s hours/workforce to get below the 99 employee threshold without a bona fide reason or materially reduce its health care plan (the one that was in existence as of 2/9/14), though they will be required to comply with reporting requirements in 2015.

Over the past several years, protests and increased political debate regarding minimum wage levels have become more prevalent. In the recent midterms, voters in Alaska, Arkansas, Nebraska, and South Dakota chose to increase their states’ minimum wages. In fact, by January of 2015, the majority of states will have minimum wages that exceed the federal $7.25 per hour. There are also several local jurisdictions that have recently increased their minimum wage rate. If your organization pays at or around the minimum wage rate, make sure you carefully investigate whether that rate will be increasing in 2015.

So the time is now to begin planning for these statutory changes heading our way in 2015. Should you have questions or want more information on these or any other HR issues, consider signing up for the HR Support Center and HR On-Demand to get access to the answers you need.

What are Supplemental Unemployment Benefits?

Reductions in force are unavoidable in economic downturns, but are traditional severance packages the way to go? They can be a big hit to your company’s cash flow and are subject to payroll taxes. The tax-friendlier option, Supplement Unemployment Benefits plans (SUBS), can spread out costs and deliver the same value for the employee, too. How Do Supplemental Unemployment Benefits Plans Work? SUBs got popular in the ‘50s as a way to help workers in industries with cyclical employment patterns get a more steady income. SUBs were often fought for in collective bargaining agreements. They’re growing in popularity again across industries. Under a SUB plan, in the event of a Reduction in Force (RIF) or temporary unemployment due to training,...
Read Now
Read time: 1 min

To make remote work successful, HR needs to think through risk mitigation policies, especially if it’s new to your organization. One of the biggest issues to consider is information security. It’s important that your remote workers know what to do in case of a security breach or data loss. Download Remote Work Information Security Policy Template Why Information Security is Important for a Virtual Workforce Protecting your company’s data (and the data of your clients) is hard enough when everyone’s working in the same office. It gets more difficult in a distributed, virtual environment. When an employee is offered the opportunity to work remotely, you may want them to sign an initial work from home agreement covering the general...
Read Now
Read time: 6 mins

UPDATE JUNE 22: Updated EEOC guidance states that “requiring antibody testing before allowing employees to re-enter the workplace is not allowed under the ADA”. What is the ADA? The Americans with Disabilities Act (ADA) is a federal law that provides protection to disabled workers. The ADA prohibits employers from discriminating against employees on the basis of a physical or mental disability. This legislation applies to any business with at least 15 employees and prohibits discrimination against those with disabilities in all aspects of employment. How does the Coronavirus pandemic impact ADA compliance? Short answer, we don’t know yet. The Americans with Disabilities Act (ADA): The Basics The ADA broadly prohibits discrimination in...
Read Now