2018 Compliance Update: How Will States Respond to Tax Reform?
Compliance 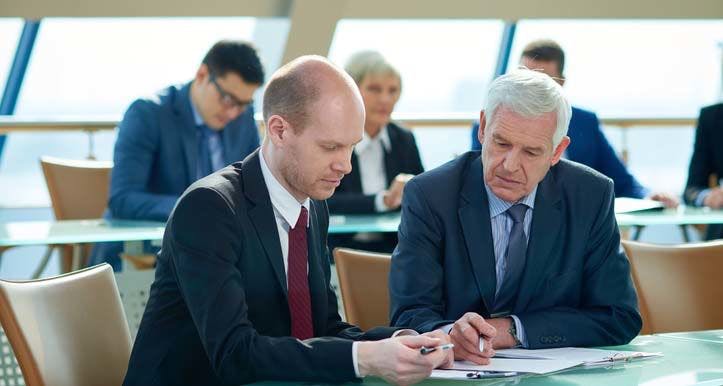 Following the passage of the Tax Cuts and Jobs Act by Congress in December 2017, most media attention was rightfully focused on the federal tax liabilities of businesses and individuals. Would companies see lower federal taxes due to changes in deductions and pass through business income? Would the higher standard deductions and increased child tax credits really result in a tax break for American families? How much more take-home pay would an employee see in his or her paycheck?

What was not as broadly reported was how the federal legislation would alter state income calculations and withholding. The significance to state revenue, however, was not lost on those who manage state budgets. In each state, policymakers are undertaking an evaluation of the impact of the Tax Cuts and Jobs Act and are expected to respond throughout 2018 and 2019 with additional tax legislation and administrative rulemaking.

State tax revenue is tied to the federal tax code in a variety of ways. While each state has its own approach to taxation, most states adopt some form of the federal definition of income. Of the 41 states with a broad-based state income tax, 30 states begin their calculations using federal adjusted income; six states use federal taxable income as the basis; and five states use their own calculation. (Source: National Conference of State Legislatures, State Revenues and Tax Policy, March 2018). Further, while no state adopts the federal tax code in its entirety, many conform to federal tax changes unless the state specifically “decouples” from those provisions. Since states do not conform to the same federal provisions in the same way, the consequences of federal tax reform are different for each state. Many states that conform to the federal tax code do so by incorporating the federal standard deduction and personal exemptions into their state withholding formulas.

With the standard deduction nearly doubling for tax years 2018-2025 on the federal level, and personal exemptions eliminated, state calculations will change. Missouri has already revised its 2018 state withholding formula in response to the federal tax reform act. (Source: Missouri Department of Revenue, 2018 Missouri Employer’s Guide) Louisiana also moved quickly (by emergency rule issued February 15, 2018, effective one day later) to change its withholding calculation in light of the higher, federal standard deduction amounts and elimination of personal exemptions. (Source: Louisiana Department of Revenue, Rev. Information Bulletin No. 18-009). Other states, such as Minnesota, issued preliminary estimates of impacts to state revenues but have not adopted formal legislative changes as the net result of federal reform is expected to be an increase in state tax revenue. (Source: Minnesota Department of Revenue, Tax Research Division, 1/9/2018 Preliminary Report). New York has implement optional employer payroll taxes for 2019, to offset what it sees as negative effects of the Tax Cuts and Jobs Act on New York taxpayers. (Source: New York Department of Taxation and Finance, Preliminary Report on the Tax Cuts and Jobs Act of 2017).

As the impacts of federal tax reform on state budgets become more apparent, more states are expected to act. Some states will likely have small, incremental revisions while others may seize opportunities to implement widespread changes to state revenue collection. Tax experts and policy analysts do not always agree on details, but most have agreed that 2018 will be a year of significant tax change for state withholding. Paycor will be there to monitor all those changes, large and small, and update our systems to ensure our clients remain compliant.

What is a W-4 Form? W-4 forms are essentially very basic tax returns filled out by employees. Specifically, it tells employers the correct amount of tax to withhold from the employee’s paycheck. Need a W-4 Form? Download it here. Why are W-4s important? The accuracy of an employee’s W-4 submission will determine the size of their tax refund (or bill) at the end of the year. The amount withheld should be as close as possible to their actual tax obligation—a big deficit can be an unwelcome surprise and may be accompanied by further penalties. Withholding more than necessary is considered by some employees as an easy way to save but, while refunds may seem like a nice treat, you are taking away the chance for employees to invest (or use)...
Read Now
Read time: 3 mins

A need for robust reporting tools and a modern HR and payroll platform with onboarding capabilities led Price Brothers, Inc., to Paycor. “We’re constantly hiring and looking for skilled trade help on a daily basis. Now they can fill out the application online and we can email them the new-hire paperwork. They can complete everything online before their first day.” - Kim McLaughlin, CFO, Price Brothers, Inc. Why Price Brothers, Inc., left their payroll provider Price Brothers, a Charlotte, N.C.-based plumbing contractor who specializes in new-home construction, needed a more modern HR and payroll platform that could keep up with their growing business. Their former solution wasn’t intuitive and didn’t collect all the data they needed for...
View Now
Read time: 5 mins

Requesting job applicants’ salary histories has been a pretty common practice for employers over the years. Recruiters and hiring managers often use this knowledge to exclude people from the candidate pool, either because the applicant is “too expensive” or their previous salary is so low, hiring managers think the person is poorly qualified or inexperienced.Businesses have also used previous salary information to calculate new hire compensation—a process that can perpetuate pay disparity between women and men. To address this inequality, several states and municipalities have enacted bans on asking for previous salary information, although laws vary in terms, scope and applicability. The states and territories that have enacted salary...
Read Now