Pay Equity: What It Is And Why It’s Important
HR Center of Excellence|People Management|Compliance 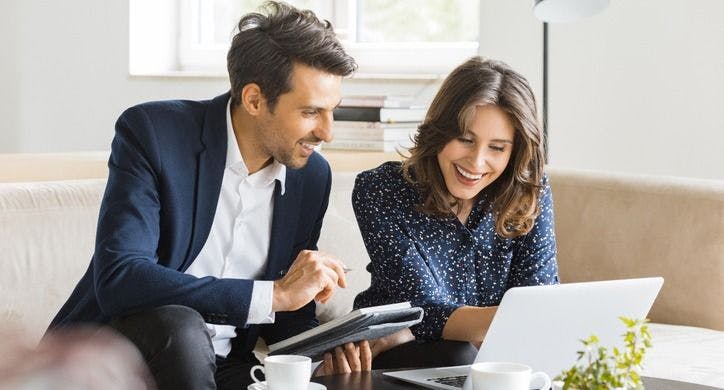 Pay equity is a method of eliminating gender and race discrimination when establishing and maintaining wages. Still today, many workers are separated into various jobs which are historically underpaid because of their gender or race.

Federal pay equity laws have been in existence for decades, but over the past few years, states and local municipalities have begun to closely examine their own laws in an effort to close the gender pay gap. Nearly all states have equal pay laws, but many were enacted some time ago and lack any emphasis on discriminatory pay practices. California, New York, Maryland and Massachusetts are examples of states that have strengthened their laws, and in September 2019, Alabama became the 49th state to adopt equal pay legislation (Mississippi is the only holdout). But even as momentum picks up at the state and local levels, movement on the federal level lags behind.

Here’s an overview of the changes being made at state and local levels:

Numerous laws exist today to protect workers from wage discrimination. Two of the most significant are the Equal Pay Act of 1963 and Title VII of the Civil Rights Act of 1964.

The Equal Pay Act of 1963 states that men and women must be given equal pay for equal work in the same establishment. According to the Equal Employment Opportunity Commission (EEOC), it’s job content, not job titles, that determines if jobs are equal. The Equal Pay Act (EPA) was created as an amendment to the Fair Labor Standards Act, and because the EPA is related to the FLSA’s wage laws, most of the same coverage and exemption rules that apply to the FLSA also apply to the EPA.

Title VII of the Civil Rights Act of 1964

Title VII of the Civil Rights Act of 1964 prohibits wage discrimination on the basis of race, color, sex, religion or national origin. Title VII is broader than the EPA, allowing claims for any type of discrimination, whereas the EPA is limited to unequal pay between men and women for substantially equal work. Additionally, a 1981 Supreme Court ruling established that claims for wage discrimination between men and women that did not quite fit under the EPA could be brought under Title VII. Title VII has “a more relaxed standard of similarity between jobs.”[1] However, unlike the EPA, Title VII requires proof of discriminatory intent.

Today, one of the most frequently discussed topics in pay equity policy revolves around whether employers should be mandated to provide employee pay data directly to the government. Employers with 100 or more employees have been required to submit information to the EEOC, including the gender, race and ethnic makeup of employees by job category ((Component 2 data). Armed with this additional data, the EEOC could work to enforce gender discrimination laws and investigate any pay discrimination charges.

Collection of this Component 2 data was originally set to begin in 2017 but was stayed by the Office of Management and Budget (OMB) before the data was collected that year. Since the court’s decision effectively voided the stay since 2017, the court gave the EEOC the option to choose to collect 2017 and 2018 or 2018 and 2019 pay data. On May 1, 2019, the EEOC announced their decision to collect 2017 and 2018 pay data. On October 29, 2019, the court ordered the EEOC to “take all steps necessary to complete the EEO-1 Component 2 data collection for calendar years 2017 and 2018 by January 31, 2020.” Due to this order, the data collection system will remain open indefinitely.

Note: It’s not a matter of “if,” it’s a matter of “when.” Applicable employers will still be required to submit Component 2 data for the EEO-1 report, so it’s critical that you have the right technology to help you efficiently gather and report on the employee data you need. Paycor can help you streamline data collection with unified HR, payroll and time solutions that don’t require duplicate entry or file imports.

As with any new compliance regulation or update to a current law, we will provide the latest information so you can prepare for what’s required. View our compliance section for best practices and insights on compliance along with the latest articles on recruiting, benefits, people management and employee engagement.

More than 30,000 medium-sized and small businesses trust Paycor to help them manage their most valuable asset—their people. Paycor’s personalized support and user-friendly, scalable technology streamlines every aspect of people management, giving our clients the peace of mind to focus on what they know best, their business and their mission.

To speak to our expert team about how we can help you stay ahead of compliance regulations, contact us today.

How to Make Tax-Free Disaster Payments To Employees

The pandemic is putting a big strain on everyone, maybe most of all your team, and you want to do everything you can to help.In a national emergency, employers have the freedom to offer unlimited tax-free financial assistance to employees who need it, with minimal administrative burdens. These disaster payments will be exempt from both federal income and employment taxes. What Disaster Payments Cover Disaster payment to affected employees can cover a broad range of “personal, family, living or funeral expenses (not covered by insurance)”. These may include: Unreimbursed Medical Expenses This can range from vitamins and over-the-counter medications to co-pays. Cleaning Products Disinfectant and hand-sanitizer for employee’s homes can help...
Download Now
Read time: 6 mins

Paycheck Protection Program (PPP): What You Need to Know About Payroll Protection

You need payroll protection. The federal government wants to help. Here’s what you need to know. The Paycheck Protection Program (PPP) As part of the $2 trillion aid package unveiled in the Coronavirus Aid Relief & Economic Security (CARES) Act, $349 billion was dedicated to the Payment Protection Program (PPP). This offers federal guaranteed loans to businesses with fewer than 500 employees to cover payroll and other essential costs.The federal government is focused on releasing funds quickly and with as little red tape as possible, giving small businesses a big boost right when they need it. And here’s the best part—if you use the funds to retain (or rehire) your employees, the loans don’t need to be repaid.View Payroll Protection...
Explore Now
Read time: 4 mins

Emergency Sick Leave for Childcare: What Employers Need to Know About FFCRA

The Families First Coronavirus Response Act (FFCRA) is a big part of the government response to the current public health crisis, offering emergency sick leave and paid family medical leave to those affected by Coronavirus. Take a look at our guide on managing employee leave scenarios.The FFRCA doesn’t just apply to employees who are directly affected by the virus—those who are infected, caring for the infected or quarantined. It also puts in place measures for the parents or guardians of children whose schools or day care facilities are closed due to the pandemic.These measures will apply from April 1, 2020 through December 31, 2020. How Does the FFCRA Work for Parents? If an employee has been on payroll for at least 30 days and cannot...
Read Now
Read time: 4 mins

Many states and cities are imposing complete or partial lockdowns, with most businesses forced to temporarily shut their doors or move to remote work and only “essential businesses” unaffected. This has left many employers and employees asking what exactly counts as an essential business.Download Essential Business Letter Template What Counts as an Essential Business? On March 19, the Cybersecurity and Infrastructure Security Agency (CISA, overseen by the Department of Homeland Security) issued guidance on what business count as critical infrastructure. Some businesses are obviously essential—hospitals, pharmacies and law enforcement. The list is extensive—other essential businesses include stores selling supplies which allow people to...
Download Now