Does my Company Have to Pay Out Banked PTO?
Compliance 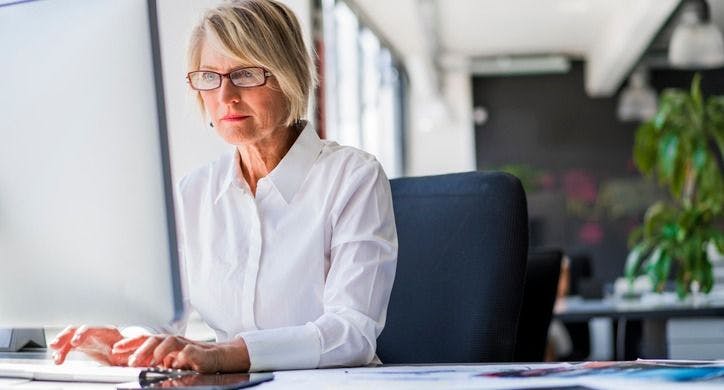 The short answer is “maybe.” Surrendering accrued and unused vacation time to an employee who separates from your company, whether by choice or not, isn’t a federal requirement, so there’s no federal law that your company has to comply with. However, the compliance headache is still there since paid time off (PTO) payout is governed by states’ laws, which vary wildly. Some states require employers to pay out banked vacation time upon separation; others let companies determine their own policies. It’s easy to see why it’s very important that, if your company has locations in multiple states, HR reviews each state’s rules regarding separation pay.

What exactly is PTO?

Some companies distinguish between sick pay and vacation pay, while others consolidate all time off under the umbrella of a paid time off policy. [NOTE: We will not be discussing FMLA leave here as it’s a completely different animal that we’ll be tackling in another article.]

The manner in which your company policy dictates that employees build up their banked paid time off is called “accrual.” You can give out all of an employee’s PTO in a lump sum at the beginning of the calendar year, or you can have the vacation accrue throughout the year, with employees earning a set number of PTO hours per pay period. You can also require new employees to work a certain number of days (most commonly 90) before they can start acquiring PTO, or you can offer PTO immediately as an attractive recruitment incentive.

During the first 90 days of employment, a new employee doesn’t accrue PTO. When they complete their 90-day probationary period, they begin to accrue PTO on a pro rata basis per pay period according to the following schedule.

When building your PTO policy, it’s important to also decide and communicate in advance whether your company will allow PTO to be carried over to the following year.

What happens when an employee leaves the company?

If an employee has unused accrued PTO when they quit, are fired, or otherwise separate from the company, they may be entitled to be paid for that time. Around half of the 50 states have statutes that require companies to pay out employees’ unused PTO when the employment relationship ends. However, states such as North Dakota allow employers to withhold payment of unused and accrued PTO if an employee who quits has been employed for less than a year or gave fewer than five days’ notice.

Even in states that don’t have a law on the books requiring PTO payout, you can still be on the hook for paying out unused PTO to a separating employee. If you have a policy, employment contract or a practice of doing so, you’re required to pay accrued PTO to every employee who leaves the company. That means, you can’t arbitrarily pay banked PTO to salaried employees and not to hourly employees; the practice and policy must equally apply to all employees.

Get templates for furloughs, layoffs and temporary layoffs that can be customized for your organization.

Running a business, you know that compliance isn’t just about being compliant—you also need to prove it. You never know when the IRS, the DOL or the EEOC will demand to see your paperwork, which is why it’s so important to retain payroll records. To make things more complicated, each agency has its own rules for which documents you have to keep and for how long. The good news is, you don’t have to buy more filing cabinets. HR software can automatically store everything you need, with the added benefit of simplifying the whole payroll process. Why You Need to Retain Payroll Records At a federal level, you’re keeping payroll records primarily for three agencies: The IRS The Department of Labor (Wage and Hour Division) The EEOC These...
Read Now
Watch time: 63 mins

This session is eligible for 1 HRCI and 1 SHRM credit.2021 has arrived. Have you trained your employees on anti-harassment requirements?Join our webinar for the latest updates on new and pending anti-harassment legislation and learn best practices for meeting (and exceeding) the mandates within your organization.Topics included are: - New training and policy requirements - Pending legislation - Key deadlines and effective dates for 2021 - How you can meet the mandates in 2021 Speaker: Jill AlbrechtJill Albrecht is a labor and employment law attorney, as well as a compliance subject matter expert. She is also a former shareholder at Littler, the world’s largest labor and employment law firm. Jill regularly conducts anti-harassment and...
Register Now