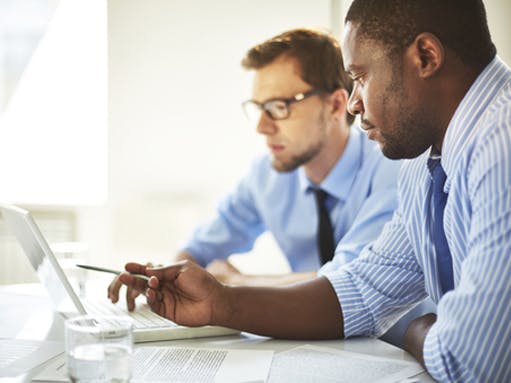 As you have probably heard, the Department of Labor is planning to dramatically raise the minimum salary requirement for employees to qualify as exempt under the “White Collar Exemptions.” As we learned on May 18, 2016, the new minimum is $47,476, which could impact nearly five million employees.

Update: On November 22, a U.S. District ruled in favor of an injunction blocking the final overtime rules from being implemented on December 1, 2016. At this time, we are awaiting more information on updates to the rule and the final implementation date.

If you have implemented changes already, we recommend businesses not change any plans, pay structures, or policies that have been updated.

What steps do you need to take to comply?

Step 1: Identify Which Employees Could Be Affected
Determine which, if any, employees are currently classified as exempt, but are making less than $47,476 per year. The proposed rules indicate that the salary minimum may increase each year with the cost of living, or some other indicator, so keep in mind that the exemption status of employees currently being paid just over the minimum could be in jeopardy just one year after the rules become effective.

Step 2: Figure Out How Many Hours They Currently Work Each Week
In order to make the best decision about how to deal with the employees who will either need to be reclassified or given a pay increase, you need to know how many hours they are actually putting in. If you simply calculate each employee’s hourly rate assuming they work 40 hours per week, you may get some undesirable results. For example, let’s look at three employees currently classified as exempt, each of whom makes $48,000 a year. If you divide $48,000 by 2080 hours (the number of hours worked in 52 40-hour weeks) you get about $23.08 per hour. If you operate on the assumption that each of those employees is working about 40 hours—because you haven’t checked—you may be in for some surprises.

You can expect a certain amount of pushback. When asking exempt employees to do this, be sure to communicate 1) that it’s about compliance with new laws rather than about micromanagement and 2) that you won’t be using the information to make any deductions from their paycheck.

Step 3: Do the Math
Now you’re ready to crunch the numbers and do a cost-benefit analysis of the impact on morale. Let’s return to our hypothetical employees from Step 2.

Step 4: Look at the Big Picture
Once you have your numbers in hand and have considered the feelings of employees affected by this change, take a moment (or a day, or week) to consider the employees who are technically unaffected by the new rules. This may be the hardest issue to tackle. Consider: if Chandler, who works 40 hours a week, receives a $3,000 raise, will his manager who frequently works overtime and makes $54,000 also receive a raise? If you convert Joey to an hourly wage and he compares his $13.19 per hour with a non-manager making $15, does that send the non-manager a message that moving up the hierarchy is a bad idea?

Whatever decisions you make, try to ensure that they are as impartial as possible and that you’re documenting the business-related reasons for each change.

How Paycor Can Help

Paycor has the resources to help you truly understand how new regulations could affect your business and your employees.

Assess your company's readiness for these changes by downloading our 7 Step Guide to compliance, or turn to our Employer Conversation Guide as you prepare for challenging discussions with affected employees. Reach out to us to learn more.

This content is for educational purposes only and is not intended to serve as legal advice.