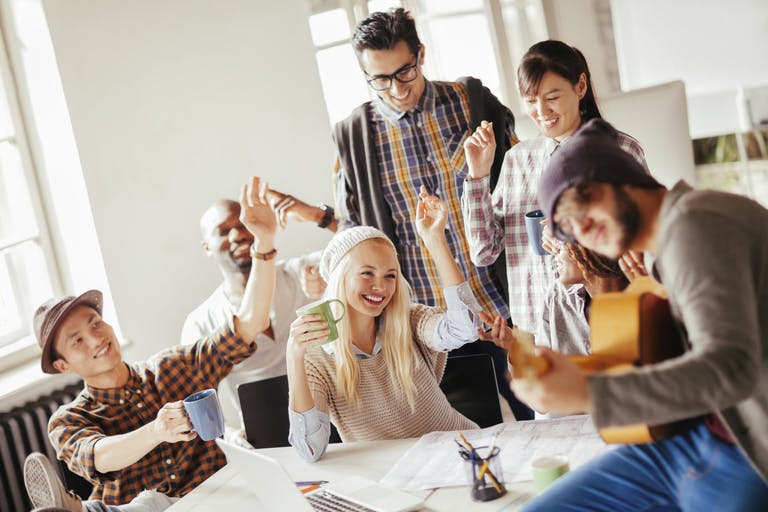 At some point in your career, you’ve probably participated in a team-building exercise that made you wonder, “What’s the point?” Maybe it was a useless group activity that everyone mocked under their breath. Or, maybe it was an inconsequential event with colleagues that, while fun, didn’t change the way anyone interacted in the workplace.

Team-building activities don’t have to be this way. They can improve a team’s productivity and efficiency. The key is to approach team building strategically. To do that, you have to know what it means to build a team and how to measure a team’s performance.

What It Means to Build a Team

It would be nice if building an efficient and productive team required nothing more than hiring skilled workers with agreeable personalities. Unfortunately, teams don’t work that way. Like any successful relationship, team relationships take thought, effort, and compromise. Each person has their own manner of doing things, their own preferences, their own values, and their own strengths and weaknesses. One member of a team might value deadlines and prefer to get work done in a timely fashion. Another might value quality over speed and prefer to take extra time to get things right. If these differences are not acknowledged and addressed, conflict and frustration inevitably ensue.

The purpose of team building is to get the people on a team to work well together. More specifically, team building teaches team members about one another so that their differences serve as a basis for collaboration and innovation instead of conflict and frustration. It’s okay to have social events without much formality or structure, but more structured activities will help align to your goal.

Understanding What Activities Are Best for Your Team

When you plan a team building activity, first take note of the people involved. You’ll want them engaged in a task that brings out their individual work preferences, habits, values, and strengths. Teams with money to spend might opt to participate in some professionally organized game in which their behaviors are observed, but you don’t need expensive, elaborate set-ups to see and assess your team in action. You could have them design a fun, informational poster about their team, discuss what superpower would be most beneficial for their job, plan a ten-minute tour of your workplace, or collectively role-play their response to an upset customer.

It’s important, however, that the activity not be part of their work. Employees doing work need to focus on getting the work done and doing it well, not on getting to know one another. Work has its own purpose. Treating work itself like a team-building exercise would be like treating a performance as if it were a practice.

When the team members are engaged in a team building task, pay attention to the behavior of each person. What differences are at play? Has someone tried to do all the work themselves? Is anyone keeping a close eye on the time remaining to complete the task? Is someone delegating? Is anyone raising objections to what’s been proposed or what’s being done?

When the task is done, you will all have seen the different ways that each person behaved. Now it’s time to discuss those differences. Ask each team member to explain why they did what they did. Then ask them what they learned about one another. Finally, have them discuss ways in which their differences could be beneficial or harmful to their work as a team.

After you’ve talked through their behaviors and your team members better understand one another, it may be time to make some changes based on what you’ve learned. Let’s say you had someone who took it upon themselves to monitor the team’s progress with a constant eye on the clock. This person may have underutilized project management skills. Perhaps they would be good at keeping the team on track with various projects. Or suppose a member of your team displayed creative thinking and problem-solving skills you had no idea existed, perhaps because their job duties don’t typically require those skills. Consider how those skills could be used within the team.

*Making It a Team Effort *

The best team building, though, doesn’t come from on high. If you try to impose new workflows on a team that require them to be more collaborative, and the members of the team don’t want to collaborate more, you’ll get push-back and likely make the team function more poorly. Forced to work together more, they’ll argue more about the way they want to do things.

A proven way to engage employees in team building: put them in charge of it. Let them plan their team-building activities and decide how best to incorporate what they learn into their workflows. Give them the freedom to be creative and build up one another. Trust them and encourage them to trust one another. After all, team building must be a team effort.

Any team-building effort requires time and resources. In other words, you’re paying for it. You therefore should be able to determine whether such efforts were worth the cost. A vague feeling of improvement is not sufficient – especially not when the fruits of team building can be measured. Before, during, and after team-building activities, you should be recording and analyzing metrics pertaining to team efficiency and productivity. Did the team meet its goals? Look at the key performance indicators that make sense for your team. Production, morale, and retention are good figures to examine. Definitely measure whether the team has been able to get more work done in less time.

Now that you have a plan in place, it's time to execute. But in order to focus time and energy on engagement activities, you need an HR and payroll partner who can give you peace of mind and allow you to make a difference with your people. Click here to learn how Paycor can be the right fit for your organization.

This content was provided by the experts at HR Support Center.

Paycor’s enhanced implementation service model creates a fast start for Boulder Country Club. “The transition to Paycor has been amazing. The hands-on guidance and support they offered during implementation saved us so much time. Paycor took control of the entire process so I could focus on other things.” - Amber Maranya, HR Director, Boulder Country Club Prior to Paycor Boulder Country Club is a private club that serves 850 members across northern Colorado and offers everything from golf and tennis to fitness and swimming. Their previous HR & payroll platform was designed for small businesses and couldn’t easily track hours worked for commissioned employees. After evaluating multiple well-known providers, HR Director Amber Maranya...
View Now
Read time: 5 mins

If an Employee Tests Positive for COVID-19, Here’s What to Do

Emergency Sick Leave for Childcare: What Employers Need to Know About FFCRA

The Families First Coronavirus Response Act (FFCRA) is a big part of the government response to the current public health crisis, offering emergency sick leave and paid family medical leave to those affected by Coronavirus. Take a look at our guide on managing employee leave scenarios.The FFRCA doesn’t just apply to employees who are directly affected by the virus—those who are infected, caring for the infected or quarantined. It also puts in place measures for the parents or guardians of children whose schools or day care facilities are closed due to the pandemic.These measures will apply from April 1, 2020 through December 31, 2020. How Does the FFCRA Work for Parents? If an employee has been on payroll for at least 30 days and cannot...
Read Now
Read time: 4 mins

Many states and cities are imposing complete or partial lockdowns, with most businesses forced to temporarily shut their doors or move to remote work and only “essential businesses” unaffected. This has left many employers and employees asking what exactly counts as an essential business.Download Essential Business Letter Template What Counts as an Essential Business? On March 19, the Cybersecurity and Infrastructure Security Agency (CISA, overseen by the Department of Homeland Security) issued guidance on what business count as critical infrastructure. Some businesses are obviously essential—hospitals, pharmacies and law enforcement. The list is extensive—other essential businesses include stores selling supplies which allow people to...
Download Now