Minimum Wage Increase: The Positives and the Pitfalls
Compliance 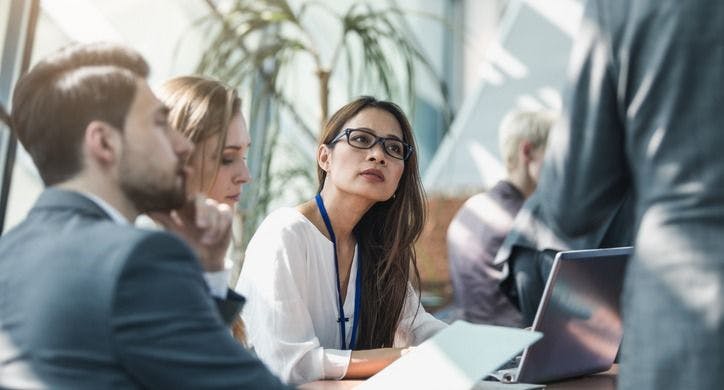 The Times, They Are A’Changin’ (But the Money’s Not)

Eighteen states and localities raised their minimum wages in 2018. Alaska, Florida, Minnesota, Missouri, Montana, New Jersey, Ohio and South Dakota did so based on cost of living, while eleven states, including Arizona, California, Colorado, Hawaii, Maine, Michigan, New York, Rhode Island, Vermont and Washington, raised their rates as a result of legislation or ballot initiatives.

One company, however, has taken big strides to raise its own minimum wage and has received a lot of publicity because of it. Amazon, which has drawn criticism for its pay practices and working conditions in the past, has taken a big step to help ensure its lowest paid employees earn a living wage. The company announced its’s more than doubling federal minimum wage to $15/hr. beginning November 1.

Amazon employs about 575,000 people worldwide (up more than 50 percent in the past year). The new minimum wage will have an impact on about 250,000 full- and part-time employees, as well as the 100,000 or so seasonal workers Amazon expects to hire for the holidays. The increase also includes Whole Foods employees.

Starting pay is $10 an hour at a warehouse in Austin, Tex., and $13.50 an hour in Robbinsville, NJ. Median pay last year was $28,446 worldwide, according to government filings, which includes full-time, part-time and temporary workers.

They got some great press, with Sen. Bernie Sanders giving them a verbal pat on the back, but there’s a catch. We put on our math hats and calculated that the hourly rate of the median pay is $13.68. The difference between the current median rate and projected raise in minimum wage would result in an addition in payroll costs to the tune of more than $450,000 per year.

The money’s got to come from somewhere; nearly half a million dollars isn’t simply going to magically appear. So, where is it coming from?

The increase sounds great at first blush and could lead to an initial uptick in Amazon’s recruiting, but the engagement and turnover of longtime employees might be taking a big hit, especially for those who already make $15 an hour or more. Why? To fund the wage increase, the company is eliminating its variable compensation pay (VCP), bonuses for employees with good attendance and who hit productivity targets. VCPs can earn Amazon workers an 8% monthly bonus and a 16% bonus during the hectic November and December seasons.

They’re also replacing the company’s current Restricted Stock Unit (RSU) program with a direct stock purchase program. Today, warehouse workers are granted two shares of Amazon stock when they’re hired (around $1700 per share as of this writing), and they’re given an additional stock option each year. This program was a major selling point in their recruitment efforts.

Amazon warehouse employees say they’ll lose thousands in incentive pay because of the wage change, with several Amazon employees publicly commenting on Twitter that the news of the increase was devastating to fulfillment employees, many of whom depend on their RSU and VCP incentives on top of their hourly wages.

If your company is contemplating an increase to the minimum wage, it’s important to carefully consider the areas you might need to cut to fund the raise, as well as the potential impact on your employees and company brand. Will you have to raise prices; reduce non-wage benefits such as health insurance and retirement plans; cut back on employee development opportunities; shift employment composition among full-time, part-time and contractors; reduce work hours? On the positive side, raising the minimum wage (especially when your competition doesn’t) can make it easier to recruit and retain top talent, reducing the costs of recruiting, training and turnover. Paying above your market’s rate can also drive your employees to work harder, either to safeguard their jobs or in exchange for the higher wages they receive. Cost savings here can counterbalance some or all of the increase in wages. Obviously, there are many considerations to mull over.

Dive into your workforce analytics and take a hard look at your labor costs to determine how much you’re spending (don’t forget to include overtime cost) and what the effect of raising base wages will have on the bottom line. It’s important to look at your total workforce cost when evaluating whether to make the change. Unfortunately, however, many small to medium businesses don’t have a clear line of sight into their total workforce cost. Most of the time HR has some employee data (headcount, salary and benefits), while the finance department manages the data on workforce cost. Far too often, this data is maintained in separate systems that don’t talk to each other, so trying to determine the total workforce cost morphs into a time consuming, manual, beast of a process that occurs once a year and is susceptible to error. By integrating your analytics with workforce planning scenarios, you can easily create projections of what the wage increase will cost this year, next year and beyond.

What are Supplemental Unemployment Benefits?

Reductions in force are unavoidable in economic downturns, but are traditional severance packages the way to go? They can be a big hit to your company’s cash flow and are subject to payroll taxes. The tax-friendlier option, Supplement Unemployment Benefits plans (SUBS), can spread out costs and deliver the same value for the employee, too. How Do Supplemental Unemployment Benefits Plans Work? SUBs got popular in the ‘50s as a way to help workers in industries with cyclical employment patterns get a more steady income. SUBs were often fought for in collective bargaining agreements. They’re growing in popularity again across industries. Under a SUB plan, in the event of a Reduction in Force (RIF) or temporary unemployment due to training,...
Read Now
Read time: 1 min

To make remote work successful, HR needs to think through risk mitigation policies, especially if it’s new to your organization. One of the biggest issues to consider is information security. It’s important that your remote workers know what to do in case of a security breach or data loss. Download Remote Work Information Security Policy Template Why Information Security is Important for a Virtual Workforce Protecting your company’s data (and the data of your clients) is hard enough when everyone’s working in the same office. It gets more difficult in a distributed, virtual environment. When an employee is offered the opportunity to work remotely, you may want them to sign an initial work from home agreement covering the general...
Read Now
Read time: 6 mins

UPDATE JUNE 22: Updated EEOC guidance states that “requiring antibody testing before allowing employees to re-enter the workplace is not allowed under the ADA”. What is the ADA? The Americans with Disabilities Act (ADA) is a federal law that provides protection to disabled workers. The ADA prohibits employers from discriminating against employees on the basis of a physical or mental disability. This legislation applies to any business with at least 15 employees and prohibits discrimination against those with disabilities in all aspects of employment. How does the Coronavirus pandemic impact ADA compliance? Short answer, we don’t know yet. The Americans with Disabilities Act (ADA): The Basics The ADA broadly prohibits discrimination in...
Read Now