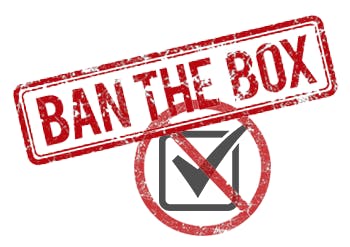 This past month, the “Ban the Box” movement saw a major breakthrough in its effort to eliminate criminal background questions from job applications. On April 29, President Obama signed a memorandum set forth by the Office of Personnel Management titled “Promoting Rehabilitation and Reintegration of Formerly Incarcerated Individuals.” Within this memorandum is a “Ban the Box” rule, which looks to prohibit Federal agencies from asking criminal history questions on their applications.

Below is an excerpt from the introduction of the memorandum.

“America is a Nation of second chances. Promoting the rehabilitation and reintegration of individuals who have paid their debt to society makes communities safer by reducing recidivism and victimization; assists those who return from prison, jail, or juvenile justice facilities to become productive citizens; and saves taxpayer dollars by lowering the direct and collateral costs of incarceration. Policies that limit opportunities for people with criminal records create barriers to employment, education, housing, healthcare, and civic participation. This lack of opportunity decreases public safety, increases costs to society, and tears at the fabric of our Nation's communities.”

Currently in the US, there are 70 million people with a criminal record and 600,000 people are released from Federal and State prisons each year. A major factor determining successful “reentry” of these individuals into everyday life is their ability to secure some form of steady employment. Unfortunately, the formerly incarcerated face massive barriers when searching for jobs. “Ban the Box” advocates suggest that the most significant of these hurdles is the criminal history questions on a job application. They believe that employers use such questions as a pre-qualifier, automatically screening out any applicant who checks the box, regardless of whether or not there the conviction has any relevance to the case of business necessity.

“Ban the Box” supporters also claim that criminal background questions in the initial application create massive psychological barriers for job seekers with a criminal conviction. Applicants that do have a criminal history often view disclosing such information as an automatic disqualifier--they believe if they check the box, they may lose any eligibility they may have had for a job. As a result of this, former criminal offenders have significantly higher drop-off rates when applying to jobs that ask criminal background questions in the application. Furthermore, even for those applicants that do continue on with an application after “checking the box,” the additional steps of clarifying any criminal history and providing the necessary paperwork to the employer becomes a major burden. The complexity involved in these additional steps leads to a poor candidate experience, which drives further drop-off rates.

With the signing of this new memorandum, Obama hopes to remove these barriers and empower the millions of Americans with a criminal record to be proactive in their job search. If the memorandum is enacted (it is currently under a 60-day comment period in Congress) Federal agencies will be prohibited from inquiring about criminal history information until the final stage of the interview process. This will allow candidates with a criminal history a fair and equal opportunity to effectively showcase their skill-set and relevant experience without initial bias.

The “Ban the Box” movement, which originated in the early 1990s, has gained substantial momentum in recent years. Supporting legislation has already been passed in 23 states, as well as in hundreds of cities and counties across America. According to a study by the National Employment Law Project, 185 million people are currently protected by some form of “Ban the Box” legislation. Furthermore, every month, more action is taken by government on both the state and local level to “Ban the Box.” In May alone, the governor of Vermont signed “Ban the Box” legislation into law, while Connecticut and Louisiana both passed “Ban the Box” bills through their Senate.

Education is one sector where “Ban the Box” support is especially strong. Monday, May 9, the Department of Education held a press conference urging colleges and universities to eliminate criminal history questions from their applications--both for students and employees. With institutions such as University of California at Berkeley already taking action to “Ban the Box,” we can expect to see many more universities adopt this practice in the near future.

With bipartisan support and full backing from the EEOC and the OFCCP, many predict nationwide adoption of “Ban the Box” legislation in the near future. This will add further restrictions to the ever-changing regulatory landscape of hiring and recruiting. As an employer, it is absolutely vital that you leverage the necessary tools and resources to stay on top of these new laws. At Newton, we partner with leaders in the industry to offer best-in-class recruitment compliance solutions. If you are still unsure how “Ban the Box” regulations could impact your company, review this content from our partners at Employment Screening Resources, a founding member of the National Association of Professional Background Screeners (NAPBS).

Sourcing top talent and moving qualified candidates through the recruiting pipeline is an incredibly complex process. Add in trying to stay updated on the latest recruitment regulations and employers are left herding cats. Recruiting professionals do not have time to waste cat wrangling! Contact Newton to learn more about how we offer a solution that simplifies recruiting, enabling you to focus on the big picture of talent acquisition.