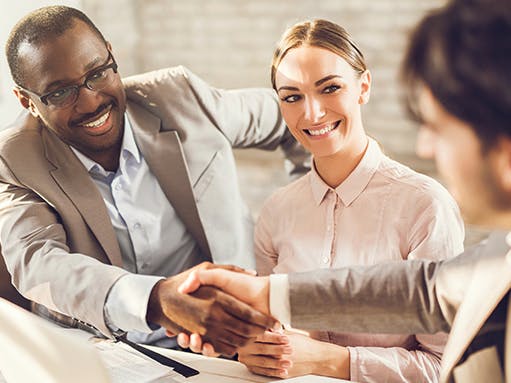 In an effort to create more diversity-friendly workplaces, tech giants like Google and Facebook have been training employees to recognize their unconscious biases. As the term implies, these biases are below the surface, unintended, and often undesired. They’re implicit rather than explicit.

Explicit biases are evident in what people say and do, and chances are those who have such prejudices are aware of them. The manager who talks negatively about “the millennials” knows she holds the younger generation in low regard. The person who uses racist slurs doesn’t try to hide his dislike of other races. The executive who believes women shouldn’t be in leadership roles avoids recommending a female subordinate for promotion. These biases are all on the surface. Consequently, it’s relatively easy to see the connection between these individuals’ prejudices and their behavior in the workplace.

Not so with implicit or unconscious biases. Without realizing it, we may prefer to associate with younger people rather than older people, or enjoy the company of women more than men, or react more amicably to people of our own race. More concerning: we may unconsciously associate one group with positive stereotypes and another group with negative ones. Recent studies in psychology suggest that we all have implicit biases and that these biases influence our decisions.

In the workplace, these implicit biases lead to micro-aggressions —small slights or offenses that may go mostly unnoticed, but can add up to systematic discrimination or even a hostile work environment. Research shows , for example, that resumes with white-sounding names are more likely to get callbacks than resumes with black-sounding names. And it’s not because companies have official policies or practices against hiring minorities; it’s the result of unconscious bias.

Unfortunately for those affected, unconscious bias is difficult to prove. It’s one thing to demonstrate that resumes with white-sounding names get more callbacks; it’s quite another to prove that a particular hiring manager gave special treatment to white applicants in a specific instance. And even if we could demonstrate implicit biases in the workplace, penalizing people may not be the best way to address the behavior. After all, they’re not deliberately chosen or the consequence of willful neglect.

So what’s the solution? The jury is still out on that.

Some companies are trying to make their employees more aware of their unconscious biases by having them take implicit association tests. As of now, however, we don’t yet know how effective these “raise awareness” efforts will prove to be—if they have any positive effect at all.

Alternatively, some companies are using hiring applications that hide identifying information so that race, gender, and other protected classes can’t be taken into account early in the interview process. While these indirect efforts won’t remove people’s unconscious biases, they may help mitigate their effects on employment decisions, thereby reducing discrimination in the workplace.

Are you looking for your own expert HR advice and assistance? Look no further than Paycor’s HR Support Center and On-Demand to address your concerns and mitigate compliance risks. Click here to learn more; we’d also love the opportunity to share the benefits in person.

Enter your email below to receive a weekly recap of the latest articles like this from Paycor's Resource Center.

With the vaccine rollout underway, it’s critical for HR leaders to know the impact to their organization. Join Paycor and the team from Constangy Brooks, Smith & Prophete for a webinar where we will cover employment issues related to the COVID-19 vaccine(s).Our presenters will cover: • How employers should think about structuring their vaccination policies • The impact of the vaccine rollout on employee safety • Reviewing the legal aspects of vaccine policies and the impact these policies will have on organizationsSpeakers: Lori Mans and Jonathan Yarbrough Partners with Constangy Brooks, Smith & Prophete LLPLori's primary focus of her law practice involves representing management in state and federal court employment litigation....
Register Now
Read time: 1 min

Vaccines are coming to the rescue, but we’re not out of the woods yet. HR leaders can’t afford to take their eye off the ball when it comes to employee safety and compliance. Now’s the time to think about creating a vaccine policy that works for your organization, and it’s not too late to implement workplace testing. If an employee does test positive for COVID-19, you’ll want to make sure you’re ready to offer the right information and support to your whole team. Paycor is offering this free compliance toolkit, including customizable letter templates to use when you: Create a mandatory vaccine policy Implement workplace testing Inform your team that an employee has tested positive for COVID-19
Read Now
Watch time: 60 mins

As a leader during these unprecedented times, you have been consistent and resilient. 2020 brought more than a virus to the world; it brought the challenge of isolation to many leaders supporting team members, families, and an extended network while adjusting to a new normal. Whether you are meeting significant goals or engaging in community work, you show up every day bringing creativity, insight and discipline to your team. But, how much are you investing in the care of your leadership so that you can lead others well? In this webinar, we will gather to discuss avoiding burnout, what it means to practice self-leadership and all the ways leaders can share resources and lift each other. Leadership is a journey that you do not have to...
Register Now
Watch time: 30 mins

Paycor’s human capital management software modernizes every aspect of people management, from the way you recruit, onboard and develop people, to the way you pay them, retain them and build a company culture. With a single source of truth for all employee data, you’ll never have to switch platforms, log-in to multiple systems, re-key information or open multiple spreadsheets. In this live virtual demo, our product experts will highlight Paycor’s Workforce Management Solutions, including Payroll, Time and Scheduling. Discover how HR Leaders can optimize productivity, track labor costs, confidently pay employees and ensure you have the right coverage when you need it. Speakers: Kim Saldana and Kyle Baker
Register Now