It’s a fact of business life: Paying federal and state unemployment taxes is not optional. Small businesses, especially, might not be aware of their responsibilities when it comes to filing or responding to claims but not following the rules could result in hefty penalties.

The August jobs report showed unemployment falling to 8.4%, a notable improvement but still dramatically higher than the figure of 3.5% experienced at the turn of the year. It’s never been more important for employers to understand their responsibilities—if you’re forced to furlough or lay off employees, you’ll want to let them know the benefits they can seek.

Here, we’ll first cover the basics of employer responsibility for unemployment benefits and then dive into what you need to know about Pandemic Unemployment Assistance.

What is Unemployment Insurance?

When an employee is let go due to a situation beyond their control – for example, a worker who was laid off – they can apply to receive a percentage of the wages they would have earned if they were still employed to tide them over until they can find another job. Some unemployed workers don’t qualify for unemployment benefits, such as: 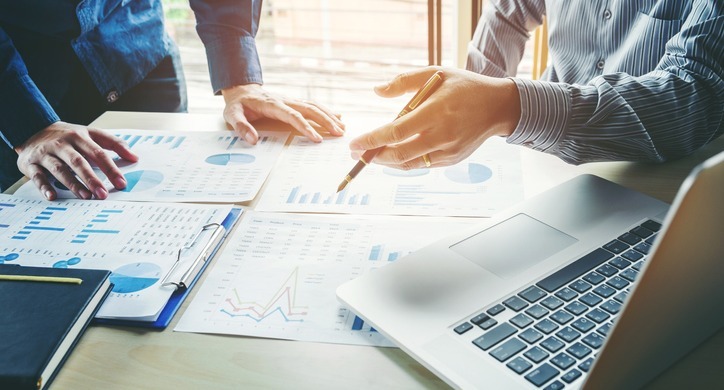 This is an employer-only tax that is 6% on the first $7,000 each employee earns per calendar year, which means the maximum amount you’ll have to pay per employee is $420 per year. Typically, you’ll receive a up to a 5.4% credit for paying state unemployment taxes. If your company qualifies for the maximum credit, your FUTA tax rate would be decreased to 0.6% reducing your total FUTA liability to $42 per employee per.

By January 31 each year, you’ll file Form 940, which shows how much FUTA tax you’ve paid for the year.

Different states use various terms when referring to SUTA, including reemployment tax and state unemployment insurance (SUI). Each state determines its own wage base, which is the highest amount of wages per employee that SUTA applies to. As an example, if a state’s wage base is $12,000, you can only withhold SUTA from the first $12,000 you pay your employees.

Each state is also responsible for determining its own SUTA tax rates, which vary for each employer. Just like when your car insurance goes up if you’ve had a few fender benders, SUTA tax rates are determined by how many unemployment claims you’ve been hit with in the past.

Who gets the money if employees work in multiple states?

All states use the following four factors to determine which state should receive their unemployment tax dollars if an employee works in more than one state:

What’s happens when an employee files an unemployment claim?

It’s bound to happen sooner or later: An employee leaves the company, and a few weeks later you receive a notice from the state saying the employee has filed an unemployment claim. Now what?

First things first: Determine if the former employee’s claim is valid. If you fired them for cause or they voluntarily left the company, you can contest the claim. If they were terminated because of a situation out of their control, such as a layoff, you can accept the claim. If you accept the claim, you can either indicate that or simply do nothing and the claim will be considered accepted.

If you contest the claim, however, you’ve got a bit of time and effort ahead of you. You’ll have to respond to the state unemployment department before the deadline on the claim (usually 10 days). If you don’t respond by the deadline, you could get hit with a higher tax rate and penalties. Include details such as the employee’s compensation, occupation, and employment dates, in addition to detailing exactly why the employee was terminated. Having comprehensive records in their employment file is critical to successfully winning a claim.

But the work may not be over yet. If you contest the claim and the state determines that you are in the right, the former employee can still appeal the decision. In this case, the state unemployment office will conduct a telephone hearing between your company and the terminated employee (and their legal counsel).

Your attorney or legal team should represent you on the call, so it’s important to discuss the hearing prior to it. Just like a legal hearing, you’re permitted to have witnesses and evidence on the call, so be sure to get all people and documentation lined up beforehand. The burden of proof to convince the state that the former employee was terminated for cause is on your shoulders, so make sure you’ve got everything you need.

In most states, employer responsibilities haven’t changed. However, Georgia now requires employers to submit weekly unemployment claims on behalf of workers who have been furloughed or had their hours temporary reduced.

Even though most employers don’t have to worry about increased responsibility, it’s still good practice to get familiar with the federal package of Pandemic Unemployment Assistance. This is especially true if you’re considering laying off or furloughing workers.

For the course of the crisis, the federal government will supplement standard state unemployment benefits by $600 per week. Eligibility criteria are also expanded to include many who would otherwise not be able to receive benefits.

Eligible employees are not required to make a separate application for this federal support. Instead, Pandemic Unemployment Assistance is provided through state unemployment agencies, just like normal unemployment benefits.

Who Does Extended Qualification Apply To?

How Long Will Increased Benefits Last?

States vary in how many weeks they offer unemployment benefits, but in all cases the federal government will extend this period by 13 weeks.

Ready to take the next step?

If all of this sounds overwhelming, it’s time to hand over the payroll reins to a partner with years of experience helping 40,000 companies just like yours. Paycor’s HR and benefits management software can help you maintain compliance with responsibilities surrounding unemployment benefits. Tour our product suite today and see for yourself.

In February we celebrate the achievements, history and culture of African Americans. Read Paycor’s article 5 Ways to Celebrate Black History Month at Work.