In the past, granting paid sick leave was at the employer’s discretion in the private sector. While employees are covered for long-term leave under the Family and Medical Leave Act (FMLA), there’s no federal paid sick leave act that requires private employers to pay for short-term sick leave. But now we’re seeing a growing movement of laws being created at the state and municipality levels that are designed to protect employees who might be forced to choose between going to work sick and infecting their co-workers, or calling in sick and potentially losing pay and, in the worst-case scenario, even their jobs. Paid sick leave gives an employee financial peace of mind when they find that they can’t work because either they’re sick or because they need to care for an ill spouse or child.

Use this resource for an an overview of the states that do have sick leave laws.

Some cities such as Los Angeles have further expanded the definition for family members who are covered under an employer’s sick leave policies: An employee’s child, spouse, registered domestic partner, parent, parent-in-law, sibling, grandparent, grandchild, and any individual related by blood or affinity whose close association with the employee is the equivalent of a family relationship.

Private employers in nearly a dozen states, plus two dozen municipalities across the United States (such as San Francisco and the District of Columbia) are required — or will be required in the next couple of years — to provide some form of paid sick leave to their eligible employees.

If you have a facility in — or with employees in — any state or municipality that has paid sick leave laws, you should be taking every step possible to help ensure you’re in compliance with those laws. Your job is made even more difficult if your company has facilities in multiple locations, making it increasingly complicated to comply with paid sick leave laws in more than one state or city. And the rules vary wildly. For example:

With so many different rules, it’s important to understand the nuances of each pertinent law and determine how the laws work together (or don’t) so you can write appropriate leave policies, establish procedures and guide your management teams.

If you do have to follow paid sick leave requirements, one of the main decisions you’ll need to make is whether your employees will accrue their paid sick time based on the number of hours they work each week or if they will draw from a bank of sick time that is frontloaded at the start of every year. If you have multiple locations, you’ll also need to determine if you will apply a single policy to every location or if you will apply different policies for each state or municipality that your employees work in.

Many paid sick leave laws (Rhode Island, Oregon, New Jersey, Michigan, Massachusetts, Maryland, California and Arizona) include “safe time” or “safe leave” provisions, which provide paid sick leave entitlements to employees affected by domestic violence and sexual assault. Under these laws, an employee may be allowed to take leave not only to get medical care but also to attend court proceedings, relocate, go to counseling appointments or receive services from a victim’s services group.

Employees are typically protected from any employer retaliation for asking for or actually using their sick leave hours. So it’s critical that your managers not only comprehend the laws and any procedures they’re required to follow when an employee submits a sick leave request, but also understand that any negative reaction to a request could be viewed as retaliatory in nature.

If you don’t already have one, you’ll need to invest in a system that tracks each employee’s hours worked in those locations that require paid sick time as well as monitor sick leave hours accrued if you use that method rather than frontloading hours. It’s important (and sometimes even the law) to also ensure that you provide your employees with the appropriate notices of their paid sick leave rights. And according to some states’ and jurisdictions’ laws, you’re required to give employees an accounting of their sick leave accrual and use information in their pay statements.

If all of these rules sound complicated and daunting, you shouldn’t have to go it alone. Paycor’s time and attendance systems can take the load off. And we’re staffed with experts whose sole job is to stay on top of ever-changing employment regulations.

Requesting job applicants’ salary histories has been a pretty common practice for employers over the years. Recruiters and hiring managers often use this knowledge to exclude people from the candidate pool, either because the applicant is “too expensive” or their previous salary is so low, hiring managers think the person is poorly qualified or inexperienced.Businesses have also used previous salary information to calculate new hire compensation—a process that can perpetuate pay disparity between women and men. To address this inequality, several states and municipalities have enacted bans on asking for previous salary information, although laws vary in terms, scope and applicability. The states and territories that have enacted salary...
Read Now
Read time: 3 mins

Buy Sod Inc. Partners with Paycor to Pay Employees & Maintain Tax Compliance “Because we’re a niche company, our administrators sometimes have trouble uncovering and implementing best practices. But when we partnered with Paycor they brought the expertise and thought leadership to help us overcome tough challenges like the new EEO-1 report. Paycor has the patience, knowledge and resources to help us stay ahead of problems and grow.” - Jennifer Hillard, Director of People and Culture Why Buy Sod Inc. Chose Paycor In 2002, three family businesses came together to create a network of sod farms that operate and distribute around the country. But with ten locations and eighteen different payrolls to process, Buy Sod Inc. struggled to...
View Now
Watch time: 35 mins 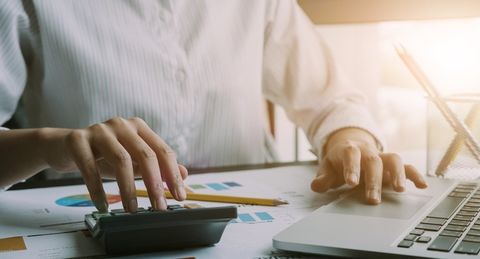 Webinar: Compliance in 2020: What You Need to Know

A new year brings new compliance issues employers should be monitoring at the federal, state and local levels. To help your organization prepare for what’s ahead, our compliance team will outline key changes in 2020 and trends in the areas of payroll, tax and HR compliance.Speakers: Arlene Baker and James SchwantesArlene Baker is a Senior Compliance Analyst with over 40 years of payroll and tax experience. She’s a member of the National Payroll Reporting Consortium focusing on IRS compliance, and she’s been a member of the national and local APA for 25 years. In 2003, Arlene was awarded the Ohio Payroll Professional of the Year award. James Schwantes is a Compliance Analyst with a legal and tax background. Prior to working at Paycor in...
Watch On-Demand